Andrea was elected as a councillor in 2012 to represent the residents of Morriston.

Prior to being elected, Andrea was employed for over 17 years in local government, including 10 years’ experience working within the Housing Department. She has been an active member of UNISON for the past 20 years.

She is passionate about delivering for the people of Morriston and Swansea. Andrea is currently Cabinet Member for Housing, Energy & Building Services, and is also Chair of APSE’s Service Transformation Strategic Forum.

She has lived in Swansea all her life and grew up in the Morriston area, attending Graig Infants School, Pentrepoeth Girls School, Mynyddbach Girls School and Swansea College. She is currently a school governor for Morriston Primary and Morriston Comprehensive. Andrea is a married mother of two grown up children and an active ward councillor. 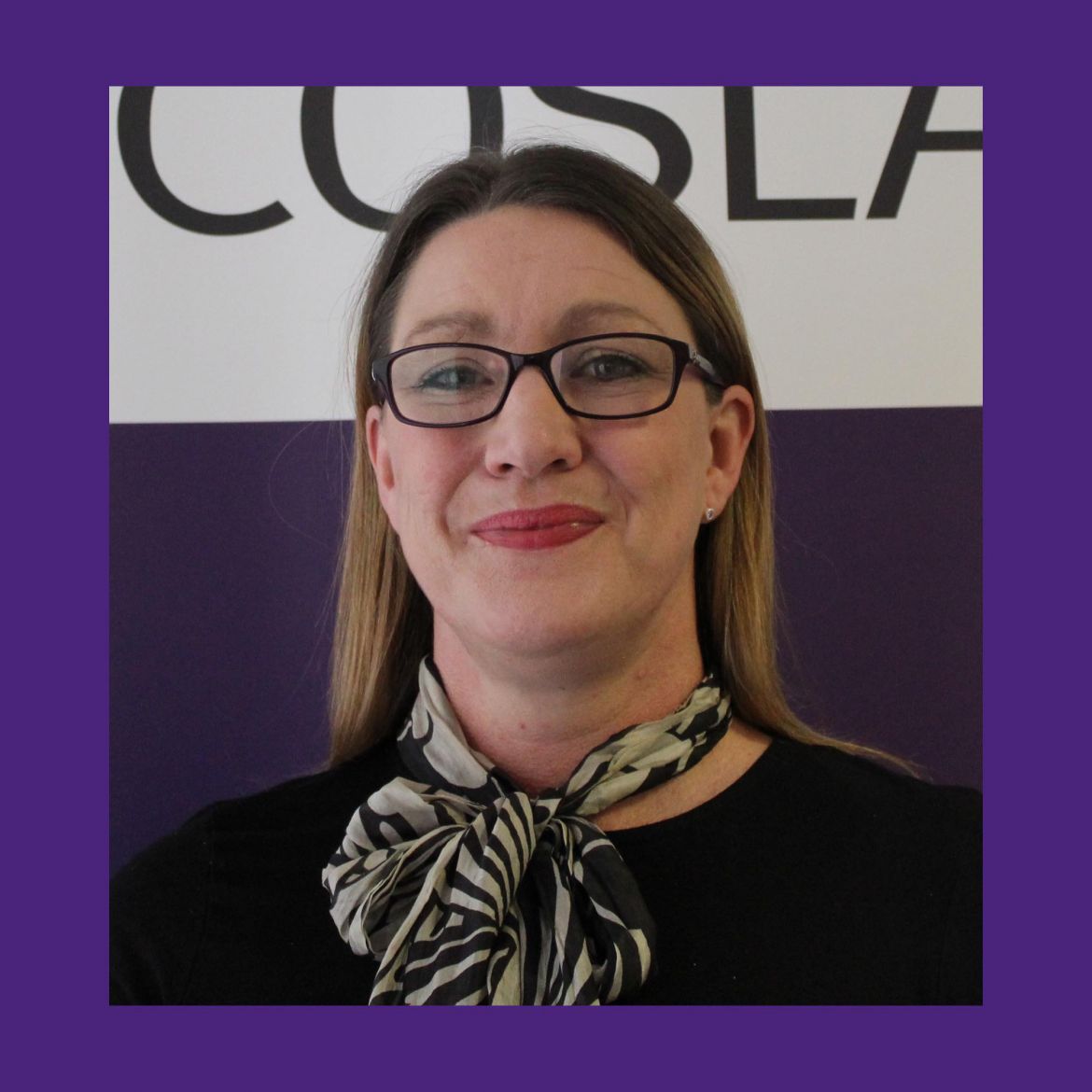 Cllr MacGregor was first Elected as a Councillor for Annandale North on Dumfries and Galloway Council in 2007 and was Former Convenor and Vice Convenor of Education at Dumfries and Galloway 2007 - 2013. She was Business Manager for two consecutive Council administrations 2007 - 2013. As COSLA Spokesperson for Resources since 2017, Gail is responsible for Employers, Finance and Digital representing all 32 Scottish Local Councils. 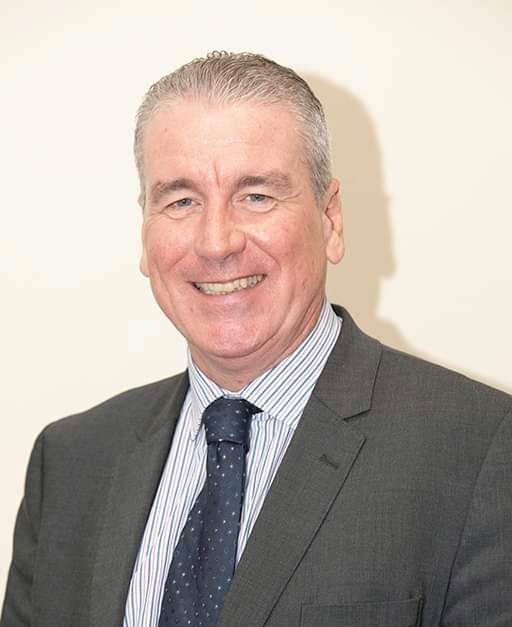 Paul O’Brien is the Chief Executive of the Association for Public Service Excellence (APSE). Based in Manchester, APSE has over 250 local authorities in membership.

Paul has commissioned and contributed to over 100 APSE research publications on topics as diverse as housing, energy, finance, scrutiny, commercialisation and devolution. These have been produced with respected bodies such as TCPA, CLES, NPI, CIPFA and CfPS. A key strand of APSE research is through our excellent partnership with with De Montfort University. Through this partnership, we took part in a Knowledge Transfer Programme, which was awarded 'outstanding' status by the European Social Research Group.

Paul was named in the LGC magazine's 100 most influential in local government. He is a columnist with the MJ magazine and regular contributor to numerous local government publications. He was a member of the Guardian’s Local Government Network Advisory Board. He was also a board member on the partnership which delivered the ODPM’s National Councillor Mentoring Programme.

Paul was previously APSE’s Principal Advisor (Scotland), and has over 30 years' experience in local government. He is a Fellow with the Royal Society of the Arts. Paul has previously completed an MBA at Glasgow Caledonian University. 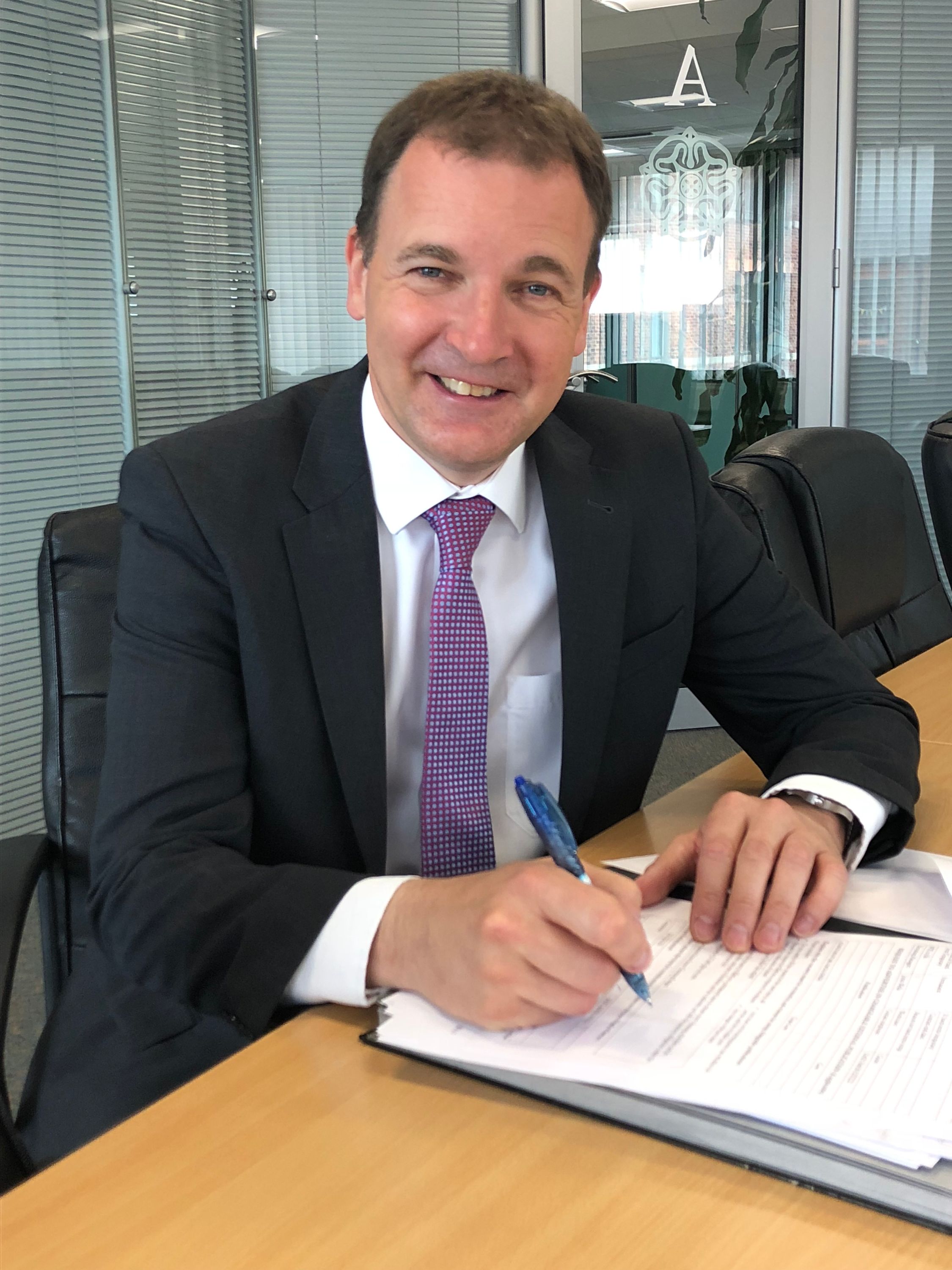 Paul is the Director for Communities and Environment at the East Riding of Yorkshire Council. He leads a large frontline directorate with an alphabet array of unitary council services ranging from anti-social behaviour to zebra crossings. Together with elected Members, Paul is grateful to his 2,200 colleagues who deliver the directorate’s excellent in-house services, and for their expertise in supporting communities during Covid and at other times. Being part of the wider local government family and leading the Council’s Place directorate is something that Paul feels immensely privileged to do. 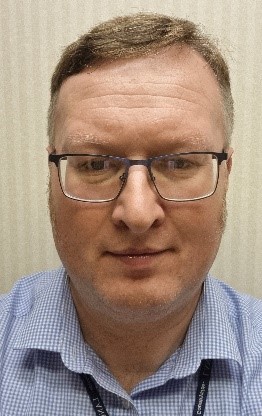 Mark Davies is Director for Communities and Environment at Lancaster City Council. In the emergency phase of the COVID-19 pandemic, Lancaster City Council promptly restructured services, tailoring them to the specific areas of need within the district. It was agreed that their three priorities should be delivering vital services; protecting vulnerable people; and supporting businesses.  While the Council’s overarching strategy relating to COVID-19 was regarded as essential for responding to the emergency, it was also future focused and designed to contribute to their longer-term priorities. These priorities focused on building community power, engagement, and resilience; the climate emergency; community wealth building; and building more kind, relational ways of working. 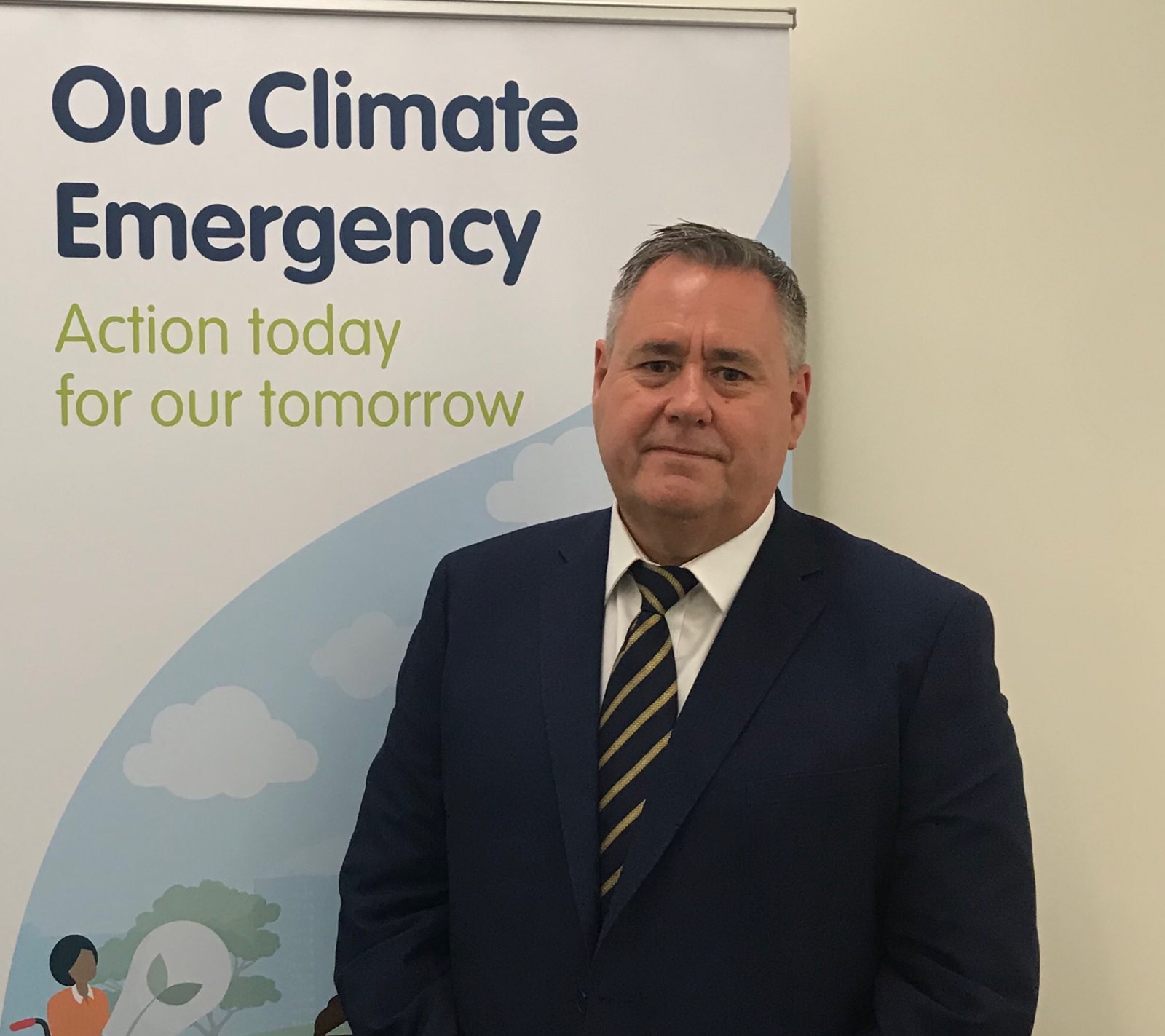 With four decades of experience at Wakefield Council, Glynn has held roles at all levels in the organisation, from pool labourer right up to Corporate Director.  His passion lies with not only serving the Council but also serving the communities and residents of our District.

Glynn is responsible for the strategic direction and performance of the Council’s main frontline and environmental services, including Customer Services, Waste Management, Bereavement Services, Highways, Streetscene, Environmental Health, Licensing, Communities, Homeless and the Domestic Abuse Service.  Glynn also has the strategic lead on the Council’s response to climate change, already a key issue for the district and one which will increasingly impact in the coming years, as well as leading on relations and working with local voluntary and community sector partners.

Instrumental in the successful delivery and sustainability of some of the Council’s largest contracts, such as the Waste Management PFI, the Street lighting PFI and the Property Services and Facilities Management contract, Glynn’s focus and determination to strive for excellence is clear.  His ability to assess the Council’s demands now and long in to the future is commendable.

His passion for success, for the Council, services, teams and the workforce is paramount.  Glynn is a strong communicator and motivator, bringing the best out of his team.  Coaching people at all levels and at all stages of their careers is one of Glynn’s passions.  An advocate for the Wakefield District, and for local people and service users, he strives to lead and work with others to provide an excellent service to all. 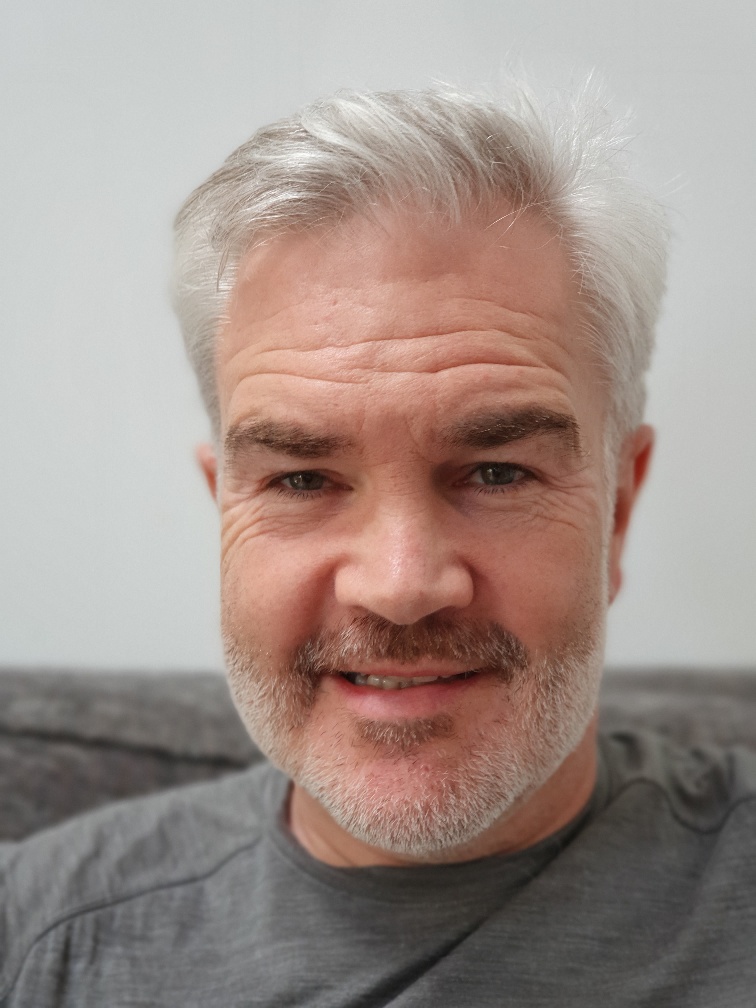 Mike is leading Wirral Council’s response to the declared environment and climate emergency, which has involved developing the Council’s environment and climate emergency policy, committing the Council to be net carbon neutral by 2030. Mike also led the development and establishment of Wirral’s Tree, Woodland and Hedgerow Strategy, which is an integral part of the Council’s emergency response. Mike also support’s Wirral’s climate change partnership (Cool Wirral) and represents Wirral on the Liverpool City region climate change group. Mike has worked for Wirral Council since 2015 and his current role also involves managing environmental services and environmental health. 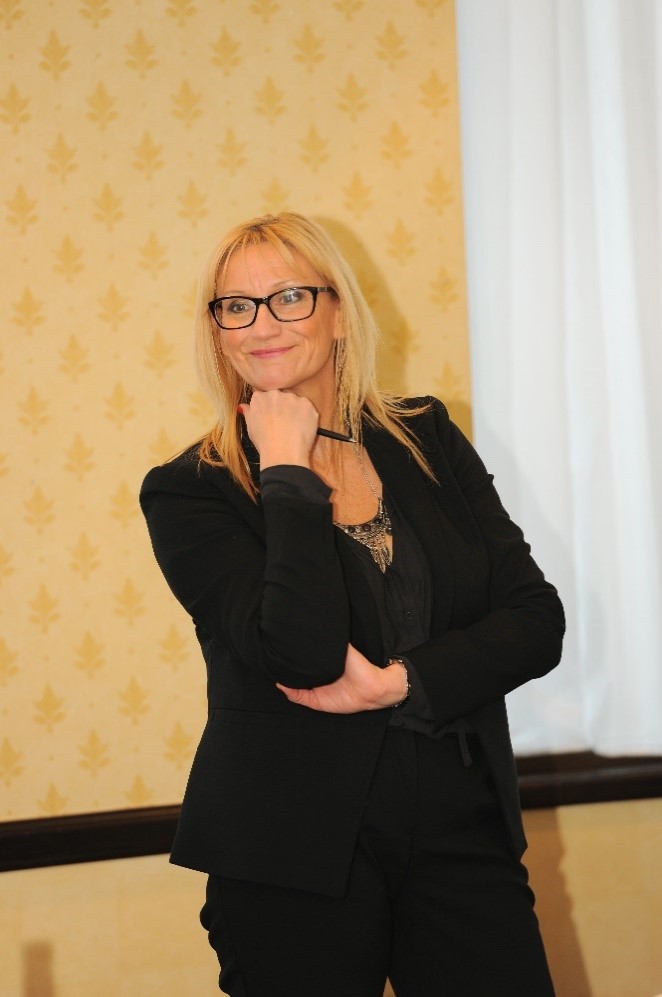 Following a move to the Association for Public Service Excellence in 2004 Mo was Principal Advisor for the North of England, followed by Head of Communication and Coordination working on the Associations many research projects and is responsible for APSE press and media activities, and coordinating the work of the membership resources team. Mo is now the Association’s Deputy Chief Executive. 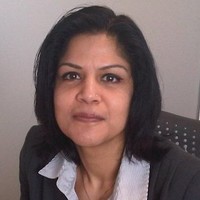 At Soctim, Nadira is keen to support members deliver shape and deliver effective public services. She continues to focus on the work she initiated as president of the society (15/16), building the leadership, skills and diversity of the sector’s workforce. Her passion is to tackle inequality, promote professionalism, improve personal development opportunities and champion women role models. Currently her wider responsibilities include; workforce development advisory boards for HEE (Building a Digital Ready Workforce [BDRW]) and FEDIP, board member for the Institute of Government and Public Policy (IGPP), board member for the Solace in Business (SiB) Board. Her voluntary and charitable work include; steering group member for the Shuri Network, the Solace EDI forum and Diversity in Local Government Leadership (DLGL) forum, co-founder and co-chair Socitm/UKAuthority Women in Local Government ICT network and non-executive director for the #techmums board.

Steven Griggs is Professor in Public Policy at De Montfort University where he is Director of the Local Governance Research Centre. Steven’s research investigates local democratic governance, the delivery of local services, and the mobilisation and evolution of community campaigns (with particular reference to the field of environmental politics).

He has undertaken policy development work with a number of local authorities and public sector organisations, as well as undertaking national policy evaluations and contributing to senior management leadership programmes. He is currently participating in an ESRC comparative research study on the impact of austerity on cities and collaborative governance across eight countries. Steven was one of the founding editors of the international journal, Critical Policy Studies.

Professor Griggs led and directed the academic team on the Commission’s work. 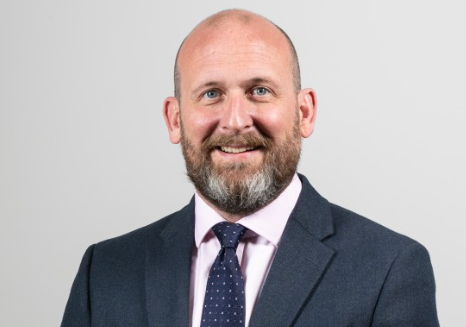 Steve is Director of Collaboration & Development, with responsibility for leading customer and partner engagement. This includes the creation of a number collaborative LATCo models, that are successfully delivering savings and social value to our local government partners. Prior to joining the Commercial Services Group, Steve held Corporate roles with two global groups over a 9 year period. Steve has a proven track record in the creation and delivery of complex, high-value transformation programmes, within both public and private sectors.