Building back better for a green recovery

COVID – 19 has had a polarising effect on society, organisations and individuals within them, in so many ways. At one extreme we have people who want to argue that staff and services should all shift today into cyberspace, never to have human contact ever again, whilst at the other we have those who believe that this sort of leap of blind faith will lead to the biggest waste of time, resources and effort since preparations for the millennium bug. The answer of course probably sits somewhere in between.

Faced with the prospect of a potential return to mass unemployment in the coming months and with fewer resources than ever, local councils are going to have some major decisions to make to prioritise what little they have available, to ensure better outcomes for local communities.

A hugely important invest to save opportunity that delivers on so many cross-cutting issues is to give some renewed focus to tackling the climate emergency, whilst attempting to build back better and create a sustainable local economic recovery.  There are a number of ways we can do this which create significant numbers of jobs, including apprenticeships, boost local supply chains and deliver significant energy savings, whilst alleviating fuel poverty for many.

A well-funded retrofit programme for housing, which is coordinated at a local authority level would allow large scale insulation, renewable electricity and heating installations to be carried out across social housing and beyond.

Transport is another clear area of focus for a green recovery, with a substantial escalation of the idea of active travel occurring over the last few months, alongside new bus and cycle routes, light rail tram lines, electric vehicle charging infrastructure and pedestrianised zones.

Renewable energy is an area where councils have successfully invested in solar, wind, biomass and district heating networks for over a decade, there is a real opportunity to expand this in a financially beneficial way.

One final area is the publics’ rediscovery of parks and green spaces, the upsurge in support for these valuable local assets has been huge, a much-needed investment in maintenance, improvement and tree planting would again create a major boost to local economies.

Whilst we are in fairly uncharted waters, one thing we do know is that if we are to get the nation’s economic recovery correct, at the same time as attempting to level up the country, then we need to invest wisely. Surely now following local government’s sterling leadership and response during the current crisis it has earned the right to be recognised as a solid investment at the local level. 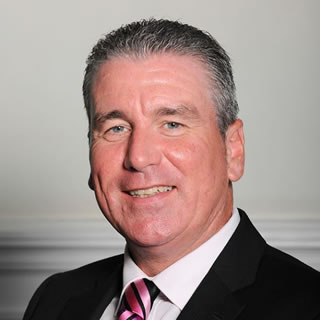