Hydrogenated Vegetable Oil (HVO): Can it be a stepping stone before going fully electric? 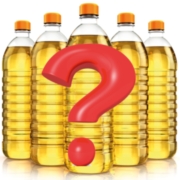 Recycled vegetable oil is already being used to heat homes in Scotland as an eco-friendly solution to combat carbon emissions. APSE Direct interviewed Patrick Taggart, Fleet Service Manager at Falkirk Council, to discuss whether HVO fuel is a viable carbon-friendly option for fleet and transport managers.
What was the catalyst behind the decision by Falkirk Council to trial Hydrogenated Vegetable Oil (HVO) fuel for Heavy Goods Vehicles (HGVs)?
Working towards the Scottish Government deadlines of 2025 (< 3.5t) and 2030 (> 3.5t) to change the current vehicle fleet to alternative fuels, we decided to start by focussing firstly on the smaller fleet of vehicles and have so far changed around 30% over to electric. However, it was becoming clear that not all vehicle types are available to change and alternative fuel sources would need to be considered. Through a casual conversation with some colleagues at Scottish Fuels (Certas) I was made aware of Hydrotreated Vegetable Oil (HVO) and I was immediately intrigued to see whether that could work for our larger fleet.
What does the Council hope to achieve with this trial?
High replacement costs for hydrogen or electric RCV’s meant that we would need to look for funding both to purchase the vehicles and for infrastructure immediately. This identified that it was going to be almost impossible to achieve the changes that would be required for the HGV fleet by that 2030 deadline. Using HVO would reduce Co2 emissions by up to 90% which, would go some way to address the ambitious targets set for Co2 reduction by the Council as part of its Climate Emergency that it declared in 2019. Using green HVO would allow us to at least project how much savings could realistically be achieved by moving to HVO fuel. Hydrogen has not been ruled out at this stage but I would say that a more concerted effort is being made towards HVO fuel for now. There will be no real improvement with MPG for the fleet using the HVO fuel but it shouldn’t be less than we are already achieving with diesel. The main objective was to changeover from Diesel to HVO without causing any engine issues. Discussions were held with our suppliers regarding likely impacts of the change over and all agreed that it should be a seamless one by running down the diesel in the vehicles and merely topping up with HVO. This was exactly what we did and keeping everything crossed as I say this, we have not experienced any issues at all.
What challenges have you encountered with this trial, and what measures have you put in place to help your team overcome them?
Firstly, the main challenge is certainly the cost of HVO fuel. It is more expensive to purchase and it was anticipated that it may be around 10ppl (pence per litre) but with rising costs across all fuels over the last few months, this has seen an increase of up to 20ppl for HVO. This will certainly be an issue as we try to weigh up the importance of reducing Co2 against additional revenue costs for the Council. Let me put this in context, it would cost Falkirk Council an extra £51,000 to use HVO in all of its RCV fleet for one year based upon its current mileages. This is a huge variance in cost but could also generate savings of c600t of Co2 – what would you do? Additionally, it also means making sacrifices with your bunkered fuel sites and there will be cost implications involved in cleaning those prior to running on the new HVO fuel. Collections of grime and sludge in the bottom of the tanks is inevitable as we have been using these tanks for around 20 years, therefore, you should expect to possibly write off c1000 litres from each tank as there is no way it can be avoided – unless of course you want to have grime pumped into existing vehicles as you try to draw them down. By cleaning the tanks, it at least gives you a degree of comfort knowing that the tank is clean and the HVO fuel will work as efficiently as it should.
What next for this project?
Whilst we are running a trial and I am likely to extend it to cover more of our RCV fleet, a report will need to be approved by the Council’s Committee seeking approval for a more ambitious move towards having hopefully, all of our RCV fleet using HVO fuel by September 2022. Thereafter, we will change over the rest of the HGV during this financial year and our Co2 savings should be huge for an area that would normally be the most contributed factor for emissions for the Council.
•  Patrick discussed this topic at APSE Scotland’s upcoming Fleet, Waste and Grounds Seminar 2022.