Rising to the climate change challenge: The role of housing and planning within local councils 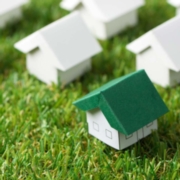 A report by the Association for Public Service Excellence (APSE), researched and written by the Town and Country Planning Association (TCPA), has today been published, considering the important role of local councils in tackling climate change, with an emphasis on their responsibilities in relation to housing and planning.

Reflecting on the findings in the UK’s Climate Change Committee Sixth Carbon Budget that state that UK homes make up 25% of total energy use and 15% of emissions, the report argues that the UK will not meet its ambitious carbon reduction targets without tackling emissions from homes.

Drawing on the findings of a survey sent to all local councils within the UK, policy analysis, a roundtable discussion, and detailed consideration of five case studies, the report highlights that important work is already being undertaken by local councils through their approach to both housing and planning. Swansea Council, for example, which has developed its innovative ‘Swansea Standard’ which is delivering lower carbon homes, ending reliance on fossil-fuels and addressing energy affordability with residents.

Whilst these statistics are encouraging and backed up by ambitious case studies across the UK, the report argues that actions could be upscaled and maximised if planning and housing policy was truly supportive of climate change actions. While there are differences across England, Wales, Scotland and Northern Ireland, this report identifies gaps in regulation and planning policy which hinder attempts to go further and faster on climate change. England in particular remains in a system that is often developer-led and risks the quality of future homes resting on a post-code lottery of land values.

The report aims to encourage and inspire further action from local councils, as well as making seven recommendations to national governments about how they can better enable urgent action on climate change at the local level. It recognises barriers that exist which, if tackled, could enable more, and more urgent, action.

“The urgent need to reduce greenhouse gas emissions is one fraught with a dizzying number of challenges for local authorities. However, as this report attests, councils have not been defeated by these challenges but have instead adapted proactive measures to develop local solutions. As our report case studies demonstrate, local councils from across the UK are leading the way in decarbonisation, not only through their direct actions on their own assets, but also through their stewardship of the wider area; creating cleaner, greener, healthier and wealthier local communities. With talk of ‘levelling-up’ dominating the headlines in recent weeks, what better starting point for the levelling up journey than to address quality homes which do not cost the earth in carbon, and deliver affordable warm and decarbonised homes for local communities.”

“There is welcome recognition of the important role of action at both the national and local level in the Sixth Carbon Budget, which was also echoed in the Glasgow Climate Pact following COP26. But currently too many barriers exist. If governments across the four nations are to enable urgent action, they need to properly resource local authorities and provide proper guidance on issues such as carbon budgeting. Retrofitting homes to make them more energy efficient, and supporting places to be more resilient to the impacts of climate change, needs to be a core part of the levelling up agenda.”

The full report can be downloaded here