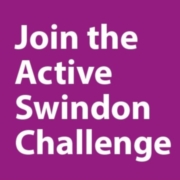 Claire Fleming, Travel Plan Officer, provides a closer look at how Swindon Borough Council is securing travel plans for new developments, and encouraging sustainable and active travel.
Travel plans have been around since the 1990s, but at Swindon Borough Council, we realised that the issue has often been the lack of effective implementation. As a planning authority, we have a different agenda to the developers, who understandably want to complete the development and move on to the next one.  Therefore, having a five to ten year travel plan hanging over the site isn’t ideal.  In a workplace context, the travel plan responsibility is transferred from developer to new occupier(s) and these businesses rarely have the motivation to carry out the travel plan to the local authority’s satisfaction.
The other issue has been around consistency of quality contained in the travel plan.  Without guidance secured as an adopted piece of planning policy, developers negotiate where the minimum levels lie in their travel plan. Historically, this has led to differing standards between developments.
It was also a challenge for a travel plan officer in the council to monitor the implementation.  Contacts would move on, promises made in travel plans weren’t kept, and travel plans became ineffective pieces of paper filed away.
As a solution to these flaws, Swindon Borough Council developed a supplementary planning document (SPD) that secures travel plans for new developments. Whilst many councils already have something similar, Swindon went one step further and obligated developers to fund a minimum level of initiatives; either by paying a S106 contribution to the authority for the council to resource the implementation of the travel plan, or by way of a bond, which is released when the developer fulfils the requirements of the obligation.  This funding is crucial to the implementation of many sustainable travel initiatives to influence behaviour.
It took over a year to fully prepare the SPD and secure its adoption through the planning committee. The investment is now beginning to pay dividends with three developments already paying their contribution to the council to implement the travel plan initiatives, and numerous other sites coming over the horizon. Developers have welcomed the opportunity to make the contribution because it allows them to focus on their core business, whilst the council now have the resource to roll out behaviour change initiatives long term.
The funding coming from developers is being used:
As more developments come forward, the delivery team will expand, and adapt to emerging technologies and new initiatives that are proven to reduce reliance on the private car.
It is still early days, so we don’t yet have data on the effectiveness of the travel plans we are implementing, but we have started to monitor behaviours.  We also anticipate a change in the way we monitor success, with more emphasis put on carbon neutrality rather than simply reducing trips by car.
• For more information about local authority sustainable travel schemes, contact APSE Principal Advisor Rob Bailey at rbailey@apse.org.uk.